Planning a trip with my two eleven year old granddaughters was an entirely new experience. I asked them to research their ‘must see’ spots in Wales and they cycled over with a list which found a home on the fridge. 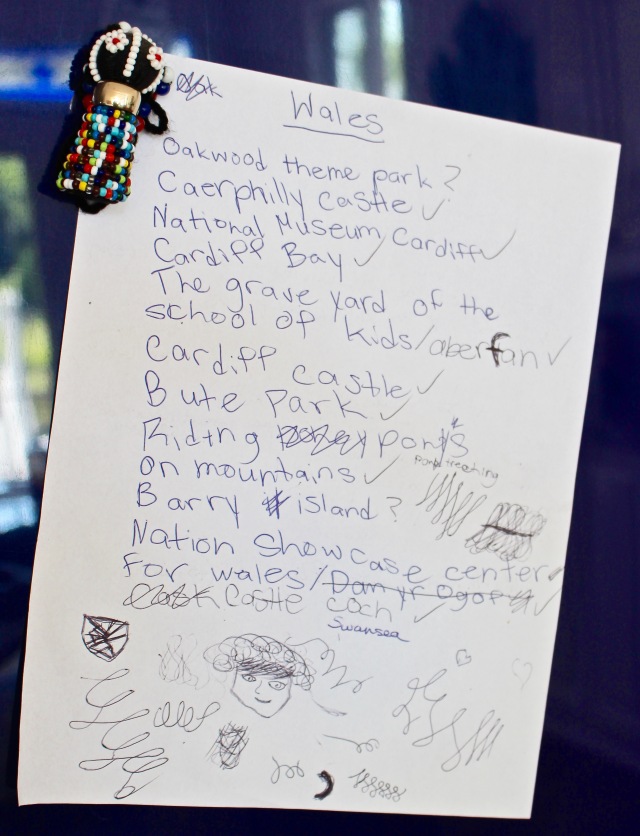 I found myself approaching the upcoming trip with the same precision I once applied to leadership delegations that I led to foreign lands. Agendas, document copies, contacts and technical information all found it’s way into my file folder…not what I normally do for personal travel these days. While I wondered about over preparing you’ll see in a future post, it paid off in the end!

I wrote in 2013 about a trip I took back to Wales(here) with my mother and about how much had changed and I wondered “When I take my granddaughter how can I ever make her understand what those times were like?”. Well here I was with two granddaughters in tow and as I would come to learn they are a lot more perceptive than I gave them credit for.

We made Cardiff, the capital of Wales, our base for the first part of our journey. A city that has made it’s way through many changes including the de-industrialisation of the country and is now seeing a new revival represented by the revitalization of it’s old docklands…Dr Who and Torchwood fans may recognize some of this area.

We met up with Welsh family who generously showed us around, including making sure the girls were familiarized with the best shopping locations! 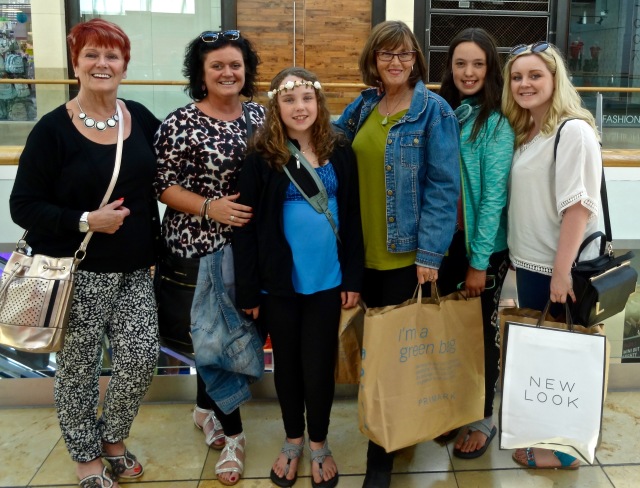 An understanding of the recent history of the country was important to both the girls and me and our cousin Emily helped a great deal with that objective by taking us to The Big Pit, one of the last remaining coal mines in a country that used to help fuel the world.

Down we went and we listened intently as a former miner described the working conditions and harkened back to a time when children as young as six worked down there, women pulled the carts in tight tunnels and horses lived and died in the dark pits. The girls understood that by their age they could have been underground working 12 hour days for half their life already. 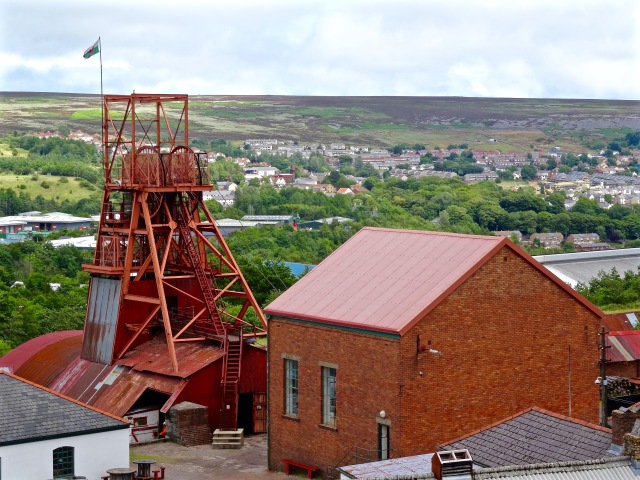 Only because they had added it to their list we also visited the memorial site of the Aberfan disaster of 1966 where 116 children and 28 adults were killed when a coal slag heap slid down on their school. I’d once told them about my maternal grandfather being one of the heartbroken miners who had dug desperately to rescue the school children and they’d not forgotten that story…no photos of that day, as the skies opened up in what seemed very fitting to our mood.

And being a Welsh summer there was some rain…but I think the girls coped quite well.

Of course they also needed to experience some pony trekking to appreciate the Welsh experience as I knew it! Along sheep paths, on fern covered mountainsides in the Brecon Beacons.

With the beautiful countryside spread out below.

We spent a wonderful afternoon in the Brecon Beacons, on Welsh ponies and some of the darkness of history fell away.

48 Responses to Wales through young eyes