Wales – From the mouths of babes

What great travelling companions two 11 year old girls can make…I’d originally thought that my role would entail more ‘grandmothering’ but here we were on a girls road trip, complete with fits of laughter that had tears running down our faces!

They indulged me as I walked them through some of the places close to my childhood and my mothers and fathers family too. We visited homes all our great-grand parents, grandparents, parents and family had lived in.

Joined by another dear cousin, Johanna, we walked along the lanes where I’d played as a child.

I’ve already mentioned that we learned about the children in the mines, the Aberfan School Disaster and now we visited the site of the moving memorial to the Senghenydd Disaster and a couple of old churches with ancient graveyards.

It was about this time that my granddaughters delicately wondered why we were spending so much time on sad things! From the mouths of babes…So it was off to Caerphilly Castle and playing on the mountain in the ferns. 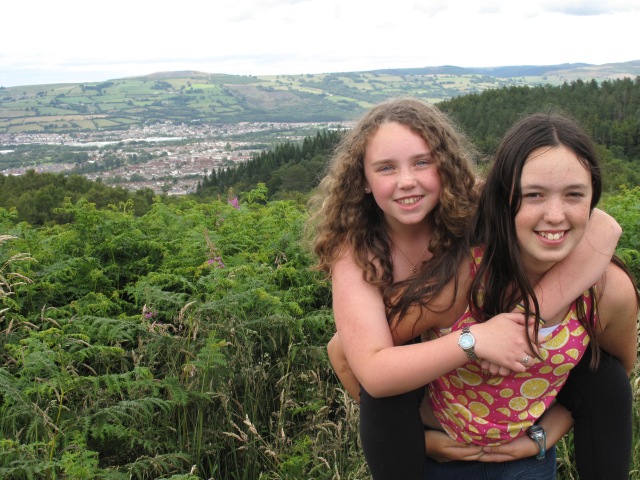 Next on our trip came a few days at the seaside with Tenby as our base.

This gave the girls the opportunity to experience a fun, but chilly, day on one of the many beautiful beaches of Wales. Families playing cricket on the sand, having picnics and licking 99’s(vanilla ice cream cones with a flaky chocolate stick!). Then there were the others, like my brave two, enjoying the sea!

Can anything be more fun than exploring Manorbier Castle where parts of The Lion, The Witch and the Wardrobe was filmed?

Or looking for aquatic treasures in rock pools on the nearby beach? 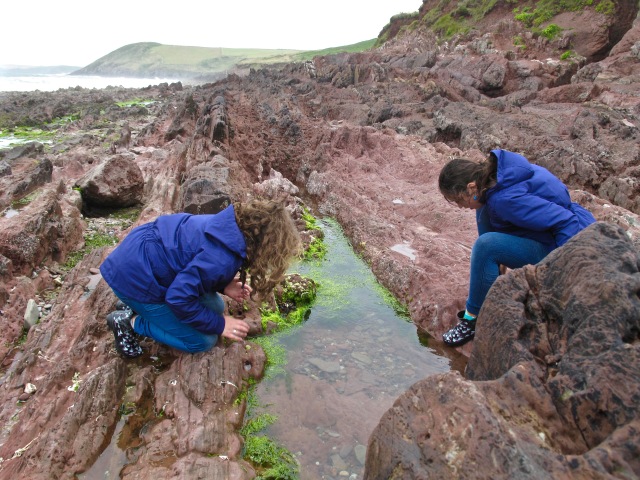 Good travelling companions always know how and when to be flexible with agendas!

36 Responses to Wales – From the mouths of babes