Posted on December 6, 2013 by womanseyeview

This is a different kind of blog for me. First because the photos were not taken by me and secondly because I want to reflect on the passing of a giant and how humbled I was that our paths crossed however insignificant for him and how hugely significant for me.

We officially met twice…technically three times but I’m not sure that going through airport security in Cape Town with him, when his guards had to remove their guns and he charmingly joked and apologized for the delay with us, counts!

For all my youth I was passionately involved with the anti-apartheid movement within the trade union I belonged to and fought for sanctions against the state of South Africa because the black workers there asked us. From the time when our governments still called Nelson Mandela and his ANC terrorists until they embraced him as a saint we kept faith with his indomitable spirit.

When that glorious day came in February of 1990 when after 27 years he walked free from prison, the first thing Mandela did was embark on an international trip to thank supporters around the world. Yes he met leaders but he also met activists who had supported the struggle through those dark years and miracle of miracles I had the privilege to be one. It was a quick photo op in Toronto with Madiba and Winnie but there was no one in the world I would rather have shaken hands with! 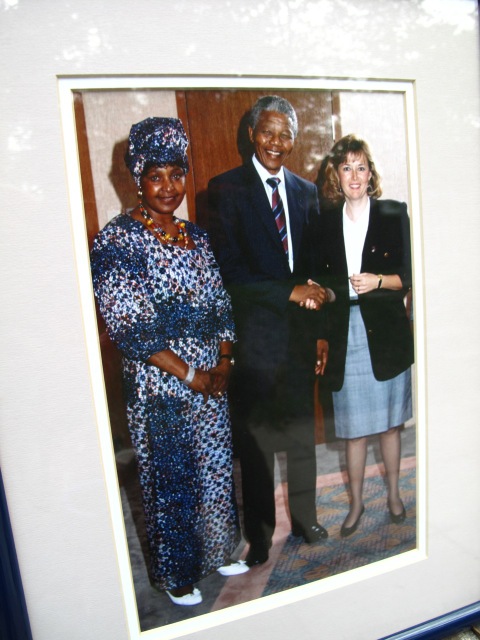 In 1994 while he was running for President in the first democratic elections in South Africa I met with him again at the ANC headquarters in the Shell building in Johannesburg when I visited along with the then President of the Canadian Labour Congress, Bob White. 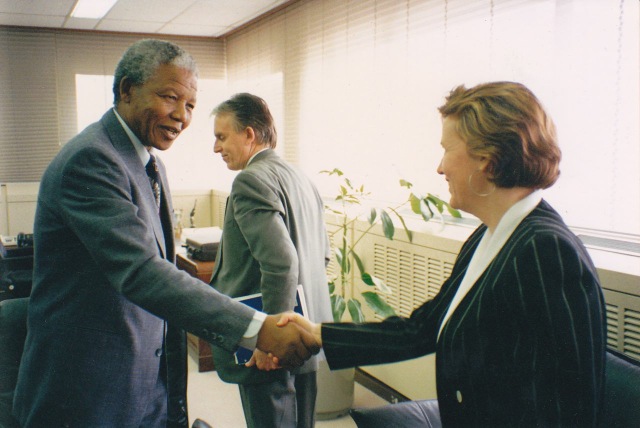 We sat with him for over an hour discussing the challenges ahead and as you’ll hear from anyone who met this great man he was humble, attentive, self deprecatingly funny, wise and mesmerizing. There are some people who walk this earth who are different from us…who when you’re in their presence you just know they’re made of different stuff – ‘the royal jelly’ my husband respectfully calls it. 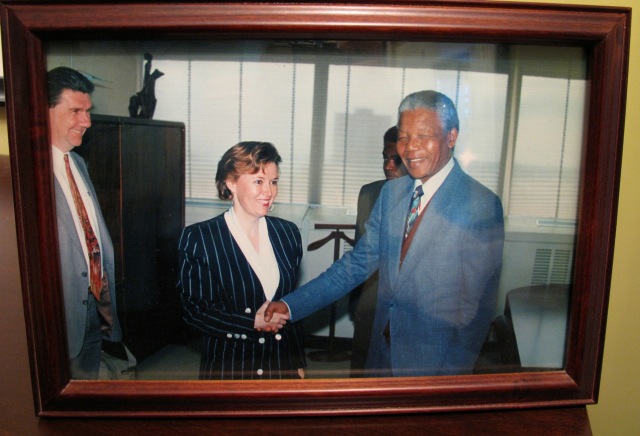 Whatever it is, Madiba had it.

President Obama said that Mandela said “I am not a saint unless you think of a saint as a sinner who keeps on trying”. Who else but a saint would say that?