History under our feet and all around us

My mother and I have made the trip to England for a reunion of her father’s relatives. Battling jet lag on our first day, we foray out into the English county of Kent and with a stunningly green British spring bursting forth we head to the seaside for our much needed vitimin D. This is the area around Dover where  the ferry’s go to Europe and of course of ‘white cliffs’ fame. Sheep and lambs dot the verdant meadows and yes nodding daffodils are everywhere! Keep left, keep left goes the little voice in my head as we zip along. But truth be told there is often barely a right or left to these narrow roads.

and there is a pier…although in two parts since after a fire it went from being the ‘longest pier’ to a short pier where you could ‘peer’ at its lonely palisade out there in the distant sea. 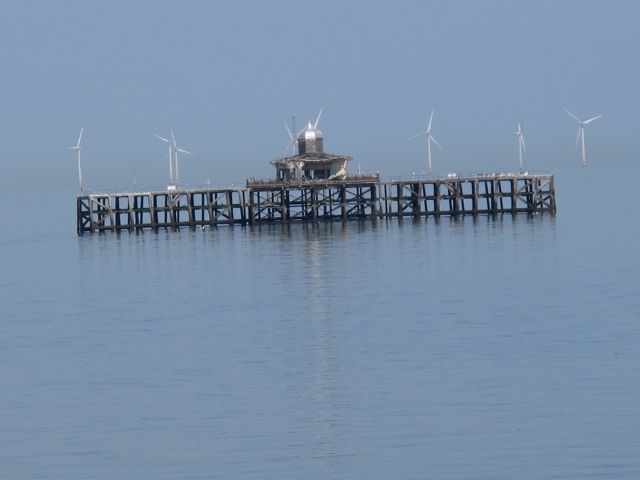 Just outside Hern Bay along a winding, highly hedged country road is the tiny village of Reculver where you can walk along the North Sea front and literally feel the history beneath your feet. A plaque describes the changes that have been seen and in the nonchalant way which only a country this ancient can manage, it goes something like this…’the Romans had a fort here around 200AD and stayed until they left Britain in 407AD… 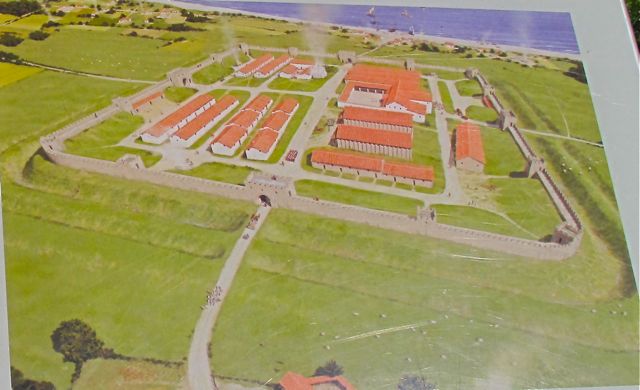 Graphic of Roman ruins at Reculver

…then around 669 a priest built a monastery here but it was abandoned  when the Vikings started raiding around 800 and kept it up until 1016’…and as you stand looking out at the sea, with the ruins at your back you can almost see the Viking longships in the mist. 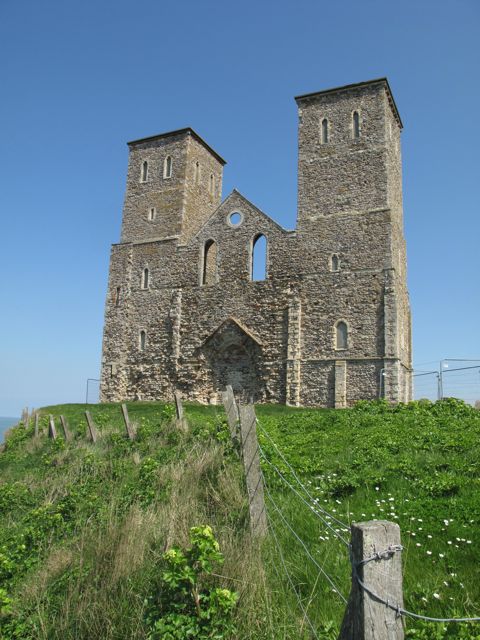 Along the coast a little further and you get to the seaside town of Margate…it has a faded elegance to it, especially when the tide is out. 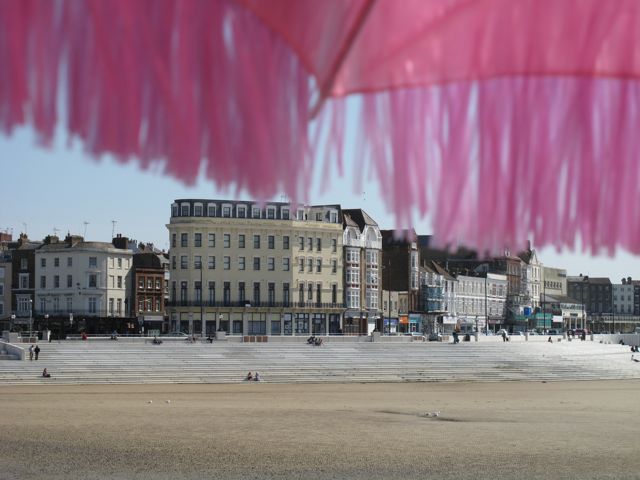 More recent history here is reflected in this sign below… imagine that day when every boat that could float big or small left these North Sea shores to rescue the allied troops at Dunkirk…46,779 souls were evacuated and brought to Margate jetty…history can be humbling.

3 Responses to History under our feet and all around us