Don’t cry for me Argentina!

I’m no amatuer when it comes to figuring our the ‘politics’ of a situation – be they partisan, gender, class or other. However a recent visit to Beautiful Buenos Aires had me a little perplexed on a number of levels – let me try and explain…

There is a cult of Eva/Evita Peron in Argentina that is unlike anything anywhere else in the world. Those of you who have seen Madonna in the musical Evita will have a leg up on this unique phenomenon. Worshiping Evita though is not necessarily the same thing as being a Peronist – which was the Party headed by her husband General Juan Peron. He participated in a couple of military coups as a young soldier but with Eva’s help he discovered the working class and won a short lived democratic election with the support of the unions.

Eva/Evita died tragically of cancer at the age of 33 and even without the help of the church has attained sainthood in her own country. Everyone wants to associate themselves with her memory whichever Peronist party they come from…sigh… yes there are a few. This poster shows the late President Nestor Kirchner with his wife the current President Christine Kirchner bookended by  Juan and Eva Peron. With me so far? 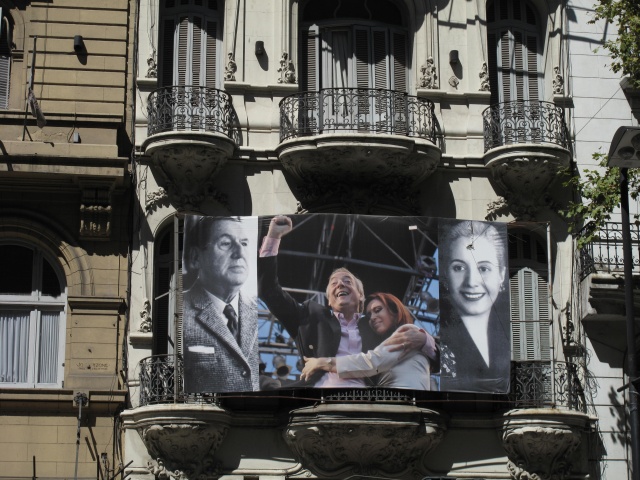 Many buildings have her image affixed to them – although someone on our walking tour actually asked the guide – “who’s the dude on the building eating the hamburger?” 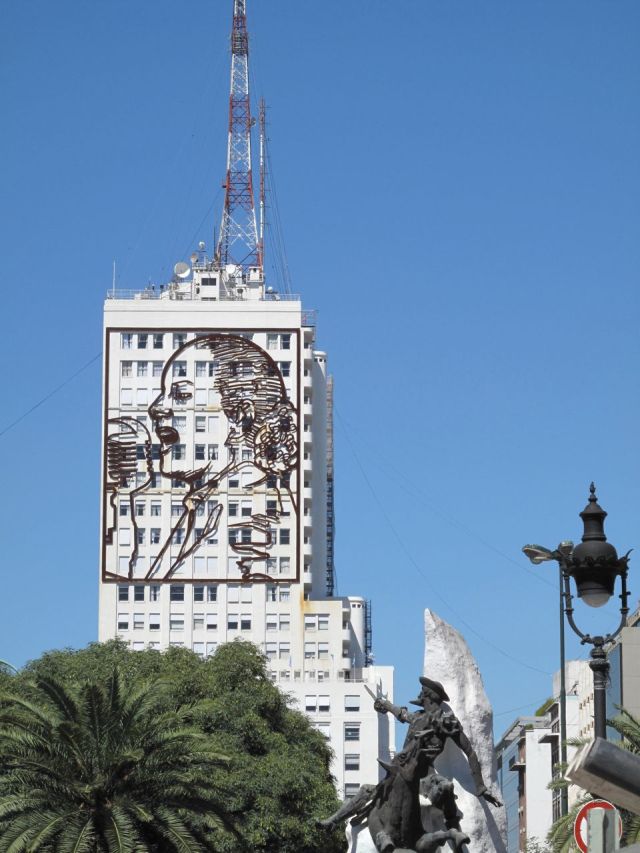 Her body ‘now’ lies under four layers of concrete in the Duarte family mausoleum -that was her birth name although her father’s family didn’t recognise her until she became famous…complicated. I say ‘now’ because her embalmed corpse was kidnapped and went missing for over 16 years even causing the murder of another President for his involvement in its kidnapping – don’t ask! 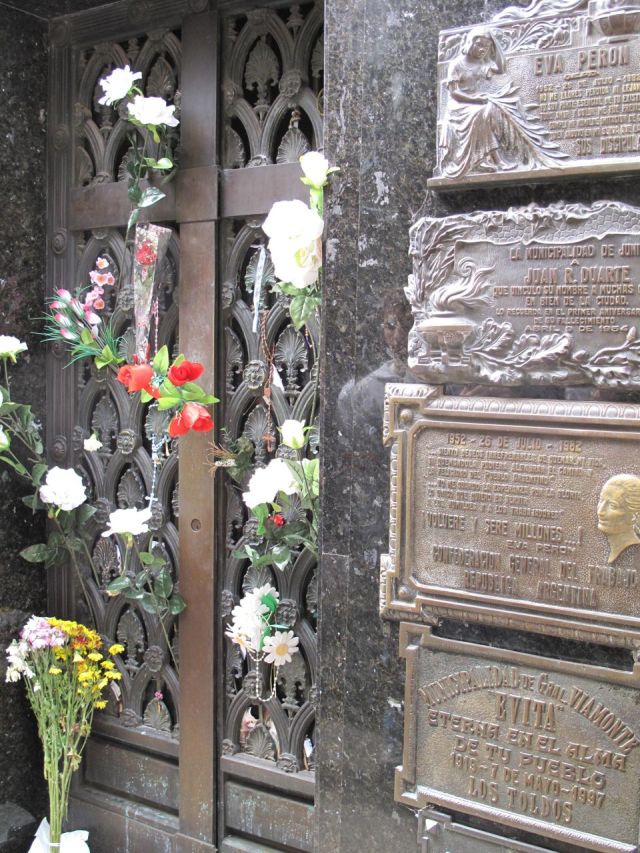 They also have a museum to her memory (if you get to BA don’t miss this!) and although it is propagandist to the hilt, it’s fascinating. Her dress, shoe and hat collection are impressive and there is a great portrait of her as Madonna – not the one who played her in the movie – the Mary version.

Even my level headed friend Cheryl got carried away with the adoration and started giving a speech from the Evita balcony of the Casa Rosada (Presidential Palace)!

Well I was going to go on to the politics of the new Argentine Pope but I’m exhausted from trying to keep this all straight so maybe another time.

1 Response to Don’t cry for me Argentina!