Posted on September 8, 2015 by womanseyeview

I’m going to spare you the photo of what Cheryl and I looked like after two days of hiking at just over 30 celsius , but it wasn’t pretty! The fact that the humidity reading was 100% and so things felt like 40…you get the picture, we were melting! This is the north remember, not Mumbai, although climate change is altering all that.

I thought I’d do a catch up on our Bruce trail adventures because we’ve covered some ground and are still working at completing the nearly 1,000 klms. We plan to do this over  four years though and we are now over 400klms towards that goal. 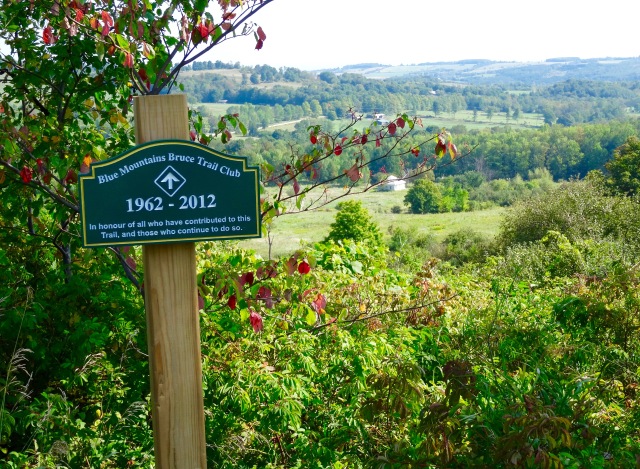 We’ve traversed some gorgeous forests in the Beaver Valley and Owen Sound sections and on the two days of the official heat alert we were in the gorgeous Blue Mountain club section – I’m a member!

and a sad sign for a lost cow. No wonder the llama was suspicious of us! 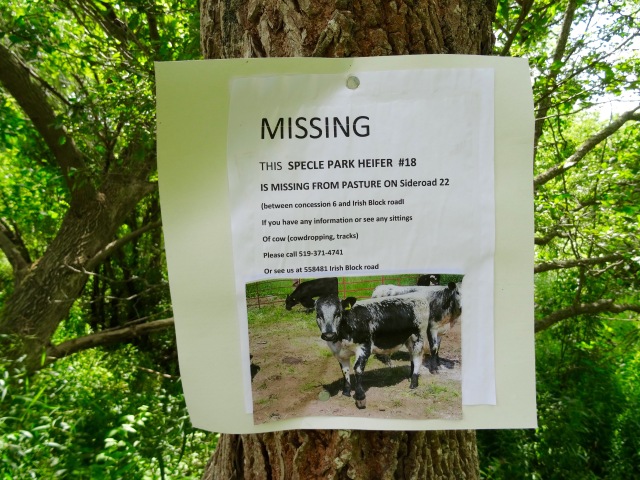 We have crossed paths with more hikers than we did last year – although this trail is often ours alone. A totally unscientific poll (our own!) tells us most of those hikers have been women and even the occasional men we’ve seen, have often been with women …so what’s with these signs? How come they’re all men?

No hunting signs are throughout this region – truth be told, we avoid certain areas in hunting season – but this was certainly the most poignant sign this year.

They say Autumn is on it’s way in spite of the heat and we’ve seen some colours changing. On we trek and the journey is amazing!