Step one – on our way to Tobermory!

Posted on April 9, 2014 by womanseyeview

What is it about some challenges that seem attractive while others don’t call to you one little bit? Not sure I know the answer but one snowy eve over a bottle of red wine my friend Cheryl and I had yet another great idea for a project. Now you should know this wasn’t our first and most other great ideas have not survived the ‘light of day’ test. This one however started small and before we knew it occupied a big place in our plans for the next couple of years. We wanted to hike the Bruce Trail – the whole nearly 900 kilometres of it. 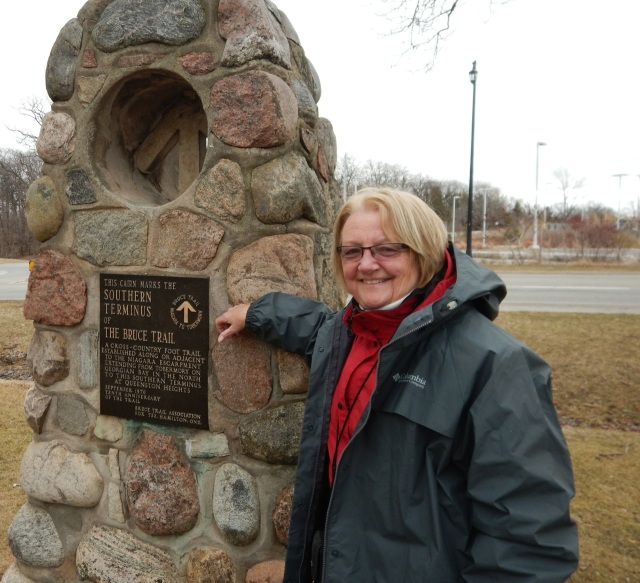 Cheryl makes it to Southern cairn

So it was that one chilly April morning we drove in from our respective home towns and met in Niagara Falls where the trail starts.  Cheryl did have a slight detour on the way though and seems to have missed an exit and crossed the U.S. border but she soon realized that error…the nice border guard was forgiving so we eventually met at the cairn which marked the starting point. I did however put myself in charge of the trail map for the foreseeable future.

Over the next two days we hiked the trail, slipped down muddy hills, forged through streams and tunnels and emerged relatively unscathed having triumphantly completed 16 klms with just a few hundred left to go…and we can hardly wait to get on the trail once more. 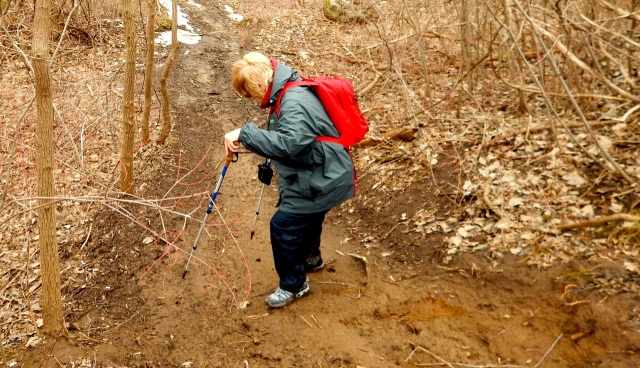 32 Responses to Step one – on our way to Tobermory!